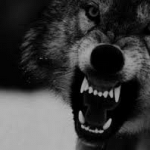 The Bloody Six Is An Organisation Created by Crisis (Me) There will be SIX Cats that are Chosen From StormClan, And Those Cats will be known as The Cats Before the Storm. The Leader and Deputy will always be able to Trust The Bloody Six As they are known to be the Strongest, after themselves.

How To Become One Of The Bloody Six:

To Become One Of The Bloody Six You Need to Prove You Can be Trusted, That You Can Survive ROUGH Weather/Situations and That you can take care of Yourself/Others.

Who Will Be Leading The Bloody Six?:

I Will be Leading the Bloody Six As It is my Original Creation, I Will organising everything Thats needed And I'll Lead the Bloody Six Forward,Making Sure Nobody Is Injured/Hurt/Killed.

When Will this Take Place?:

This Will happen after we have over 20-30 cats in Stromclan, if this doesn't happen by the end of July, we'll do it when we have 15-20-25 cats and after we have that amount of cats we'll have to choose the other 4.

Cats So Far In Bloody Six:

What Does the Bloody Six Do?:

The Bloody Six Follows The Commands Of The Leader/Deputy But Gives Commands To Kits/Apprentices/Warriors And War Lords, Meaning they Are in Command if ALL The Leaders and Deputies are off, The Bloody Six Goes to All the Meetings the leader has with Other Clans/Packs/Tribes They are First in Battle Lines and they are most trustworthy so the leaders could trust you and tell you secrets,messages and more.

Retrieved from "https://animal-groups-roleplay.fandom.com/wiki/User:XxCrisisxXX?oldid=1290337"
Community content is available under CC-BY-SA unless otherwise noted.