Animal Groups Roleplay Wiki was founded in June of 2014. Formerly known as Animal Jam Clans Wiki, AGRW was previously a fandom for exclusively Animal Jam groups and characters before the introduction of other platforms such as Discord and Wiki forums. After a community vote, the wiki decided to change its name to better suit their audience, and as of November of 2019, it has been known as Animal Groups Roleplay Wiki and operates on Animal Jam, Discord, and Wiki Threads.

AGRW differs from other FANDOMs in the sense that it is more community-driven and relies on original concepts, ideas, and pages. We partake in community votes and decisions and strive to have an interactive Fandom. The main focus of AGRW is the joining and creation of groups; to start, you can head over to our Groups category to check out the different platforms and types of groups we have; before contributing, make sure to read over our policies to become acquainted with how AGRW functions rule-wise!

StormClan is a neutral-realmed Discord group featuring domesticated cats as their primary species. Led by Hollowstar (CanineCourtesy), StormClan's home is found within a small forest along the beachside. The group strives to create a welcoming atmosphere and is heavily plot-based with many challenges and decisions for clan members to face, such as the leader's strange visit from StarClan..

Fallowfleck is a lean tom with a long beige tabby coat, pale green eyes, and a striped bandana covering his forehead. Owned by Sleepyskies, he is an Amazonian in PiranhaClan. Although he is seen as intelligent and calm, he is often seen as insensitive and cold due to his childhood and difficulty understanding others. His longterm goals are to make a new friend and live a better life. 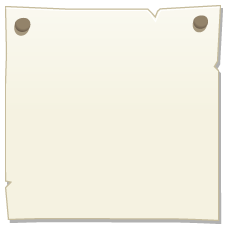 1/20 - The featured pages have been updated!

1/18 - Demotions Revamps have been held!

Retrieved from "https://animal-groups-roleplay.fandom.com/wiki/Animal_Groups_Roleplay_Wiki?oldid=18131498"
Community content is available under CC-BY-SA unless otherwise noted.